How to Sponsor a Conjugal Partner to Canada Our Guide

Canada has been a welcoming place for immigrants seeking refuge or opportunities that they don’t have elsewhere. There are different types of sponsorships available for people outside. One that is liberal in a sense is the conjugal partner sponsorship programme, which is different from bringing in a spouse.

What is the Conjugal Partner Sponsorship Programme?

This programme is meant for the people outside the country that intend to immigrate to the country but have no legally binding relationship due to uncontrollable circumstances.

A conjugal partner is someone who has been in a relationship with the sponsoring Canadian national or permanent resident for no less than a year. The Canadian government recognizes that some obstacles may hinder the two from marriage, such as the laws from the outside country, religion, or sexual orientation.

Here are some common circumstances that can classify as a case of conjugal sponsorship:

The law does not discriminate against conjugal partners due to ethnicity, religion, gender, sexual orientation, or social status.

Factors that Makes You Eligible to Sponsor a Conjugal Partner

The only people allowed to bring in a conjugal partner is a Canadian national or permanent resident. “Sexual” or “physical” aspects aren’t necessary for the relationship to be classified as valid. There will be screenings to determine the legitimacy of your relationship.

The sponsor should also be over the age of eighteen and must sign an agreement that they can take care of the conjugal partner for three years. That includes providing them with all the basic necessities such as food, shelter, and health care outside of the Canadian public health care system.

Financial stability will also play a factor. The court will review the sponsor’s LICO (low-income cut-off) score to see if they can handle such responsibility.

Factors that Disqualifies You from Sponsoring a Conjugal Partner

Besides missing the marks in the basic qualifications, the court will also look at the sponsor’s history and public records.

Filing for bankruptcy is one red flag that can deem one unqualified to take care of a conjugal partner. During the period of their stay, they will be heavily dependent on you. The inability to even take care of yourself disqualifies you from taking care of someone else.

Another assessment to go under is the nature of the relationship. It should be continuous before bringing them over. If it is beyond monogamous, it can also be a disqualification.

And finally, criminal history of violence or abuse can disqualify a sponsor from bringing someone overseas.

Canada’s conjugal sponsorship programme has become an emerging popular type of sponsorship in immigration. It is certainly a liberal way of looking at immigration, mainly since the grounds aren’t limited to anything binding with the law. But before you go ahead and sponsor a conjugal partner to Canada, make sure you get all the advice you can get from immigration experts.

Are you trying to sponsor a conjugal partner to Canada? Then schedule a chat with the most helpful immigration consultants in Toronto. Bright Immigration is a team of professional consultants that can give you helpful insights into how things go and lend a hand with the process. Contact us today!

Canadian Super Visas: A Guide to What You Should Know 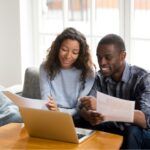