It’s not surprising that many people from all over the world want to move to Canada considering that the country constantly makes the list of the world’s happiest countries. Now, before you start Googling “the easiest way to immigrate to Canada” there are a few things that you have to consider if you want to move to the Great White North.

To help you get a better idea of things, we’ve prepared a list of the four most essential bits of information that you’ll definitely need to know if you want to move to Canada!

So what are your options when it comes to immigration? Well, this can be rather easy if you’re already currently working in Canada, as you can make use of the Canadian Experience Class program that allows individuals that are working in the country to become permanent residents. If you’re a skilled worker the Federal Skilled Trades Program and the Federal Skilled Workers Program might be your best bet as these programs offer skilled individuals a chance to apply for permanent residence. If you need help determining the best route to take when it comes to immigration, you should definitely inquire with our Canada immigration consultants.

While most people are aware that Canada can get pretty cold, what many don’t know is that the country’s climate is actually pretty diverse. The type of climate that you’ll experience is determined by where you plan on settling down once you move to Canada.

When it comes to languages, French and English are considered to be Canada’s official languages. Now, it’s important to note that French isn’t spoken throughout the entire country. Generally speaking, the further west of Canada you go the less French is spoken.

Now, it’s important to note that learning French is pretty much a requirement if you’re planning to move to Quebec as it is a predominantly French speaking province. Your options will be rather limited if you’re looking for a province that’s bilingual, as New Brunswick is the only province that’s officially bilingual in the entirety of Canada.

Lastly, you’ll have to take the cost of living in Canada into consideration before moving there. Now, what you have to understand about this is that the cost of living varies drastically between cities. When it comes to the highest cost of living, Toronto and Ottawa are the most expensive cities to live in.

Now, one important factor to consider when looking at cost of living is the many benefits that come with being a resident of Canada. The Canadian government provides free essential medical services to permanent residents of the country. This alone could potentially offset the cost of living even in the most expensive cities in the country.

Hopefully, this article helps you figure out whether or not you want to move to Canada. It’s important that you take all of the information included in this article into consideration before making any decisions, as this isn’t something that should be taken lightly.

If you’re looking for professional help from a trusted firm please contact us at info@brightimmigration.com or call 1-888-404-8472. 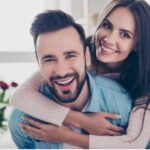 How to Sponsor a Conjugal Partner to Canada Our Guide

Our Guide to Spousal Sponsorship in Canada 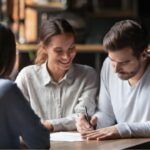